GLJ-ILRF employees are affiliated with The Nonprofit Professional Employees Union (NPEU), a local of the International Federation of Professional and Technical Engineers. 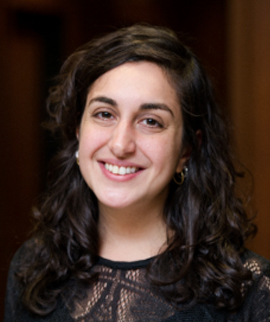 Shikha is a lawyer and researcher. Her research and writing takes an interdisciplinary and transnational perspective in understanding the capacity and limitations of the law to address systematic violence for marginalized communities, with a focus on women and labour migrants. Shikha holds a BA in English and Ethnicity, Race, and Migration from Yale University, a JD and Certificate in Global Human Rights from University of Pennsylvania Law School, and is pursuing a PhD in Jurisprudence and Social Policy from University of California, Berkeley. Shikha’s work is informed by more than a decade of experience working with grassroots campaigns and civil society organizations in the U.S. and South Asia, using legal, research, media and community organizing approaches. Shikha has been an Ella Baker fellow at the Center for Constitutional Rights, a researcher for Human Rights Watch, and a Fulbright Fellow at Swayam. She has worked with numerous organizations in South Asia including Human Rights Law Network, Jan Sahas Social Development Society, PRADAN, the Society for Labour and Development, and Women’s Fund Asia. In 2015, Shikha jointly founded HELM Social Design Studio, the first social design studio in South Asia dedicated to partnering with human rights defenders and their organizations to ideate, fund, and build social design solutions that promote human rights and access to justice. You can follow Shikha’s work on Twitter @shikhaphone and access her research publications at https://berkeley.academia.edu/ShikhaSillimanBhattacharjee. 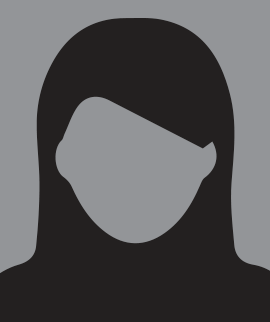 Communications Director
Nazly is an organizer, visionary campaigns and communications strategist who has worked on numerous global campaigns at the intersection of racial justice, gender based justice, migration and labor rights in the US, Latin America, Asia and the South West Asian/North African (S.W.A.N.A.) region for more than a decade. Nazly holds a B.A in International Relations from DePaul University and is fluent in Spanish, Farsi, Arabic & English. Her work has been featured in the Huffington Post, Telesur, Latina Magazine, Teen Vogue, The Fader, Wear Your Voice Magazine, Remezcla and various other digital platforms. 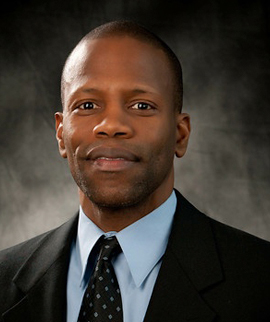 Director of Finance and Administration

Director of Finance and Administration

Roger Ghatt is an operations and financial management professional with almost 20 years of experience working with non-profit and corporate clients. More recently, Roger has over a decade of experience supporting the activism of organizations engaged in social justice reform. Roger joined ILRF in March 2019 and he is excited to use his deep knowledge of financial management procedures and controls combined with his administrative skills to empower everyone at the organization to achieve their goals. Roger is a graduate of American University with a B.A. in Business Administration with a focus on finance. 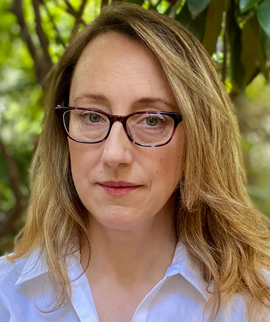 Allison Gill is a human rights lawyer, researcher, and advocate She joined ILRF in August 2019 as the Senior Cotton Campaign Coordinator, leading strategy for a multi-stakeholder coalition to eliminate forced and child labor in cotton production in Central Asia, and to open space for organizing and workers’ rights.

She has deep experience as a human rights investigator and advocate with more than 20 years’ experience working in the countries of the former Soviet Union. In additional to forced and child labor, Allison has researched and advocated on issues such as torture and ill-treatment, rule of law, religious persecution, arbitrary detention, migrant labor, freedoms of speech and association, and national security laws. Before joining ILRF, she was Senior Research and Policy Advisor to the Uzbek Forum, where she authored numerous reports and submissions to international bodies on forced labor in the cotton sector in Uzbekistan among other issues, developed research methodology and trained field monitors, oversaw independent monitoring of cotton farms participating in a sustainable cotton pilot program, and served on the steering committee of the Cotton Campaign.

Previously, Allison has consulted for numerous human rights organizations, was the Russia director for Human Rights Watch, based in Moscow and the Uzbekistan researcher for Human Rights Watch, based in Tashkent. She holds a Master of Arts in Law and Diplomacy from the Fletcher School at Tufts University with concentrations in international human rights law and conflict resolution; a Juris Doctor from Northeastern University School of Law; and a Bachelor of Arts in Political Science from Swarthmore College. 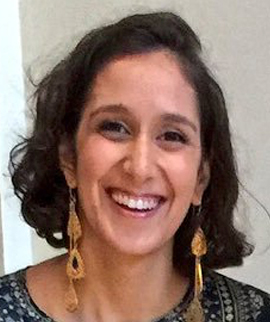 Sahiba advocates for global economic justice; in particular, she works with and for people in low-wage jobs who also cross state borders or work in global supply chains. Sahiba previously worked on supporting labor organizing among migrants from South Asia who work in the Arabian Gulf. During law school, Sahiba was a student advocate in the Global Justice Clinic at New York University School of Law and an Ella Baker program intern at the Center for Constitutional Rights. Sahiba speaks Hindi and English. She holds a JD from New York University School of Law and a BA with High Honors from Swarthmore College. 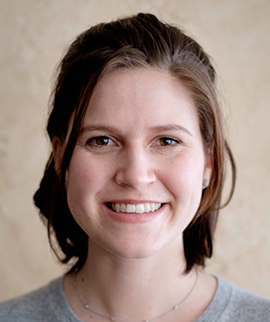 Caitlin Hoover is a nonprofit management professional. She has a commitment to building teams and core organizational strength to support grassroots work advancing migrants rights, women’s rights, and labor rights. She has managed budgeting and compliance for research, film, and advocacy programs and has experience coordinating communications, logistics, and workflow with staff across three continents. She also brings a strong lens of how to make technology work for global teams and organizations. Based in the Netherlands, Caitlin is determined, energetic, and focused on building secure practices which strengthen organizational and advocacy outcomes. Caitlin holds a B.A. from the University of California, Berkeley. Caitlin’s consciousness of labor rights developed through her own work as a nanny and an assembly line packer. Before transitioning to nonprofit management, Caitlin worked as a researcher on gender based violence in fast fashion and developed content for original interactive documentaries on the urbanization of Mumbai, India. She also served as a caseworker defending student’s work-study and healthcare rights. She is thrilled to bring her passion, life experiences, and organizational talent to GLJ. 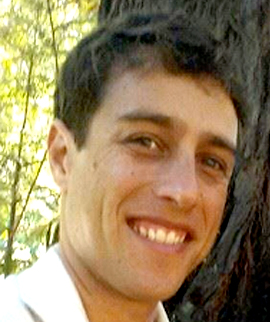 Jacob Horwitz has built membership-based worker-led organizing programs in the US South and Global South for fifteen years. He’s led dozens of workplace and community campaigns against multinational corporations including Hershey, McDonalds, and Wal-Mart. He’s organized at the intersection of migration and forced labor and spent over nine years co-developing a transnational membership-based worker organization that became the National Guestworker Alliance (NGA).
Jacob developed a specialty in guestworker organizing and has directed guestworker campaigns in key sectors including seafood supply chain, oil and gas, and hospitality. Before joining GLJ-ILRF, Jacob was working with UNITE HERE to build union power at the Charlotte Douglas Airport, in Charlotte, North Carolina. Jacob led the airline catering workers and airport concession workers in a fight to win a contract for living wages and affordable healthcare.
Jacob also served as Interim Executive Director and Organizing Director at the New Orleans Workers' Center for Racial Justice (NOWCRJ). In both of those roles, Jacob directed multidisciplinary organizing teams of Black and immigrant workers to build power in the workplace and in the City. Under his leadership, thousands of people, largely African American, targeted by racist policing and saddled with unpayable fines and fees won relief; members won significant changes to federal and local migration policy targeting undocumented families. Thousands of guestworkers fought and won permanent immigration protections, increased wages and improved working conditions in food processing, hospitality and construction. 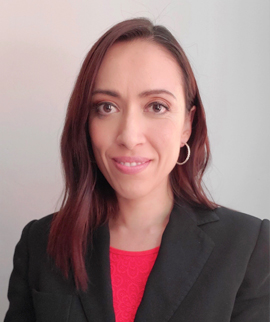 Esmeralda López is a policy and advocacy strategist who has dedicated her career to standing alongside diverse and underserved communities to uphold their rights. Before joining ILRF, Esmeralda spent seven years at the U.S. Committee for Refugees and Immigrants, where she led two coalitions, spoke before Congress and the United Nations High Commissioner for Refugees and testified before the Inter-American Commission of Human Rights. She has also worked with the Los Angeles Mayor’s office, served on the board of the American Civil Liberties Union of Southern California, and worked at the Coalition for Humane Immigrant Rights of Los Angeles. Esmeralda has published numerous reports, including an article in the New York University Journal of International Law and Politics. She earned her J.D. at Santa Clara University School of Law. While at SCU Law, she helped individuals with labor disputes at the Voluntary Legal Services Program and clerked for the Inter-American Court of Human Rights. She also studied at the International Institute of Human Rights in Strasbourg. She is a native English and Spanish speaker and daughter of Mexican immigrants. 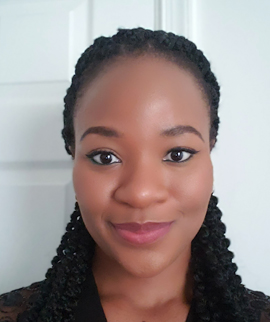 Patricia Ndimantang joined ILRF in July 2019. She coordinates events logistics and fundraising for ILRF’s awards gala, and handles routine and advanced operations tasks. She began her career in the Nigerian Government’s Ministry of Youth and Sports, working out of Oyo State, where she was involved in youth and development programs focused on equipping disadvantaged youths with sports and business skills. Patricia worked with more than 120 young people to design and coordinate projects to build their leadership skills. She later joined 9mobile (formerly Etisalat Nigeria), a leading telecommunications service provider in Nigeria, where she spent three years as a service and retail operations analyst. Patricia is very passionate about ending poverty and has worked with evangelical groups, raising funds for low-income inner city programs to improve schools and teaching and equipping beneficiaries with income-generating skills and startup capital. She believes every child deserves an education and is very passionate about ending child and forced labor in West Africa. Patricia holds a Bachelor of Arts degree in English and literary studies from Madonna University, Nigeria. 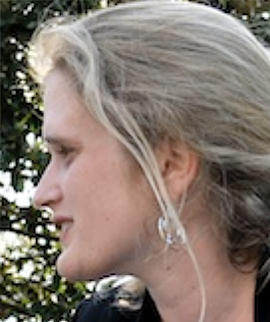 JJ is an attorney, organizer, and human rights strategist advocating for human rights, decent work for all, and fair migration. For over two decades, JJ has used legal, policy, and advocacy strategies to win access to rights and collective power for low-wage workers and advised workers’ centers on transnational grassroots collaborations. Global Labor Justice follows a more than ten-year record in the post-Katrina Gulf Coast where JJ created a new model of movement lawyering as the founding legal and policy director for the National Guestworker Alliance and the New Orleans Workers’ Center for Racial Justice. JJ has litigated cases before trial and appellate courts and led the human, labor, and migrants rights strategy for campaigns including the Signal workers, who exposed labor trafficking from India to the Gulf Coast after Hurricane Katrina, and the Justice @ Hershey’s campaign, where hundreds of foreign students won new regulations for the cultural exchange visa program.

JJ has extensive experience with human rights investigations, legal strategies that build collective power, and advising worker, immigrant, and community organizations. She has testified before Congress, writes and speaks globally, and is regularly consulted by national and global media. She is the co-chair of the American Bar Association’s International Labor and Employment Committee and lectures on labor migration and comparative social justice lawyering approaches at Harvard Law School. She previously held a Robina Fellowship at the Orville H. Schell. Jr. Center for International Human Rights with a focus on the intersection of global supply chains chains and labor migration. JJ is a graduate of the University of Tennessee and the Harvard Law School. Follow her on twitter at @rosenbaumjj 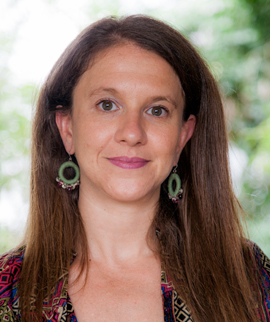 Kimberly Rogovin is contracted as the Senior Seafood Campaign Coordinator at ILRF since January 2019, leading the organization's program to advance workers’ rights in the global seafood industry, with a focus on Thailand. Kimberly has a decade of experience working on labor rights, migration and human trafficking issues in Asia, having managed programs at the ILO in Myanmar on internal labor trafficking, at the Karen Human Rights Group on human rights violations affecting people in Southeastern Myanmar, and at the Issara Institute, where she led research, worker voice and technology initiatives to support Myanmar, Cambodian and Lao migrant workers in Thailand. Kimberly served as an advisor for the ILO Guidelines Concerning the Measurement of Forced Labour released in 2018. She holds a Master of Arts in Human Rights Studies from Columbia University in New York.