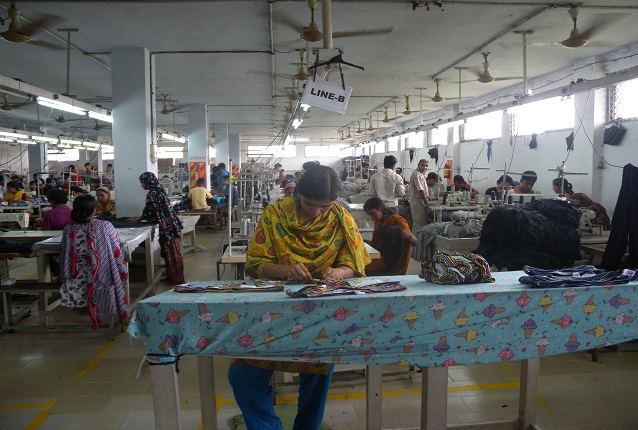 The latest report from Global Labor Justice (GLJ) and the Asia Floor Wage Alliance (AFWA) details gender-based violence in the workplace that has become a front and center issue in recent years. While the issue itself receives more attention than it once did, we still lack the resources or guidelines with which to address gender-based violence. The new report from GLJ and AFWA aims to change that. The report’s release also coincides with the International Labor Conference’s (ILO) centennial anniversary, and in conjunction with a new ILO Convention, could provide a global standard for gender-based violence and how we can better address the issue.

As the #MeToo movement emerged and spread to strikes at major companies like Marriott and fast food chains around the world, the #GarmentMeToo movement was able to negotiate collectively with factory owners and directly with international clothing companies.

From their company-specific reports on Gap, H&M, and Walmart last year, we see each company taking a different approach to gender-based violence and how best to work with those impacted by it. In some cases, companies remain reluctant or unwilling to face gender-based violence head-on. Walmart has been non-responsive, H&M agreed to meet and even set a date and location, but then pulled out citing their work with IndustriALL (though nothing would prevent them from pursuing both strategies). Gap, on the other hand, has been in talks with AFWA’s Women Leadership Committee on worker-led and developed proactive measures to address gender-based violence in Gap’s supply chain.

From the interviews with workers, GLJ and AFWA have developed a set of criteria to judge the effectiveness of GBV prevention initiatives including:

By these standards, there is a clear gap between what existing brands are doing and what needs to happen in order to eliminate GBV. Not just that, but the report asserts that GBV is accepted by the industry, given the heavily gendered nature of the workforce, and the repression working women face.

Working people are involved and negotiate with employers on two core concepts, “safe circles” and “GBV-free zones,” helping to create a positive organizational culture on production lines that seeks to end gender-based violence. First developed in Japan, safe circles are made up of working people and management who meet to address specific issues in each factory and then develop a binding plan to implement them. Safe circles represent the entirety of a factory and provide flexibility by developing specific “GBV lists” for local contexts:

GBV Lists created at the production line and factory level will give a measurable index of behaviors to eliminate gender-based violence, and a mechanism of measuring progressive change. Local development of GBV Lists is vital to understand and make visible cultural differences that belie gender-based violence in certain countries and contexts. Although there are commonalities among garment producing countries throughout Asia, the Safe Circle Approach must also accommodate local differences in language, dress code, and behavioral norms.

The final crucial component are trainings, for both working people and management, many of which originate in “free trade zones” where the factories reside. The brands, suppliers, and AFWA’s Women’s Leadership Committee develop trainings for workers and management. Working people can tailor trainings to match the circumstances within their factories, and unlike the ones created by major retailers, the Women’s Leadership Committee-developed courses are transparent and include direct worker input and control.

GLJ and AFWA put forward a different approach to addressing gender-based violence by placing direct pressure on big brands to negotiate with working people. The Safe Circles Approach creates a new a new model for unions and people around the world to use, adapt, and ultimately put working women in control over how they’re treated in the workplace.  Gap, H&M, Walmart and other brands should use this approach to provide them with the tools and voice they deserve.