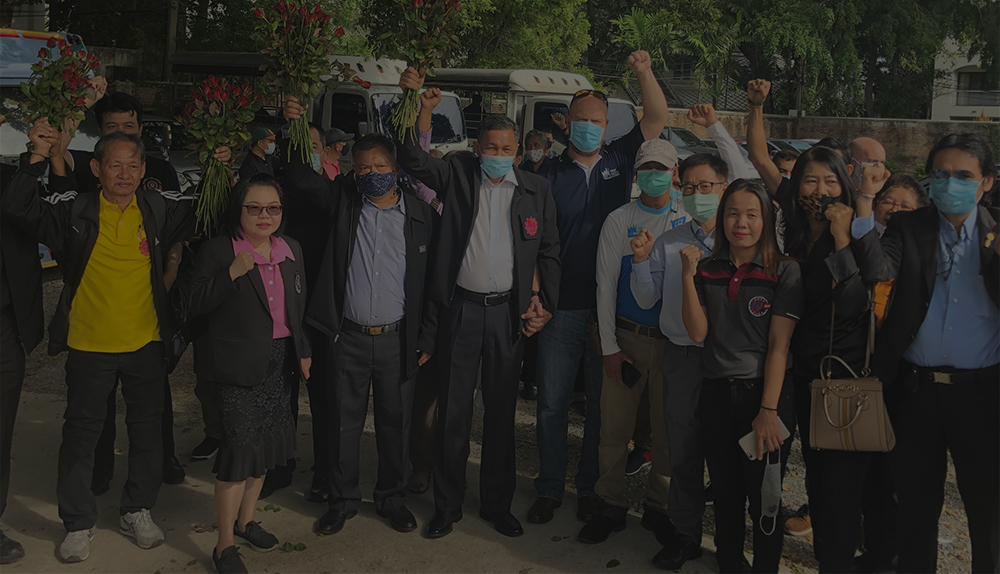 The October 21, 2020 conviction of 13 State Railway Union of Thailand (SRUT) leaders by the Central Criminal Court for Corruption and Misconduct Cases in Bangkok continues setbacks on Freedom of Association and health and safety protections in Thailand.

In 2009 following deadly train derailments,  SRUT members organized a health and safety initiative calling on the State Railway of Thailand to address outdated and broken safety equipment.  SRUT members also refused to drive trains with faulty safety measures. The International Labor Organization (ILO) found that the union leaders’ actions were in line with international standards on the role of unions in occupational safety and health (OSH).

These convictions ostensibly for “omission of official duties or commission to disrupt or cause damage” happening more than ten years later continue retaliatory efforts to chill protected concerted activity by SRUT to protect the health and safety of its members and people who ride the trains. They arise from criminal charges brought by the National Anti-Corruption Commission in 2019, and carry with them three-year prison sentences.

These convictions follow the 2017 Supreme Labor Court decision upholding an earlier ruling that ordered the seven union leaders to pay a fine of THB 15 million ($500,000) plus accrued interest, which has led to garnishment of wages and confiscation of union assets harming workers and their families.

In 2019, the U.S. Trade Representative invoked the repression and denial of fundamental labor rights of all workers to suspend trade benefits with Thailand under its Generalized System of Preferences (GSP) program. This decision was based in part on a 2015 petition by the AFL-CIO, which included the SRUT case among others as an emblematic example of Thailand’s repeated refusal to guarantee worker rights to freedom of association and collective bargaining. Without legislative reform to guarantee these fundamental rights and while courts remain complicit in targeted attacks on unions, Thailand’s trade relations will continue to decline.

“We call on U.S. brands to ensure freedom of association in their supply chains in Thailand. Too many U.S. companies are profiting from the repression of workers’ rights including the chilling of freedom of association, expression, and assembly that cases like this create.  Now more than ever, workers must be free to individually and collectively refuse unsafe work as allowed by the ILO’s International Labor Standards without fear of retaliation and reprisals.

We also renew our demand to the U.S. State Department to downgrade Thailand’s status to Tier 2 Watch List in the annual Trafficking in Persons Report. Failure to robustly protect freedom of association is a major indicator of labor trafficking and should be so recognized in the TIP report.”