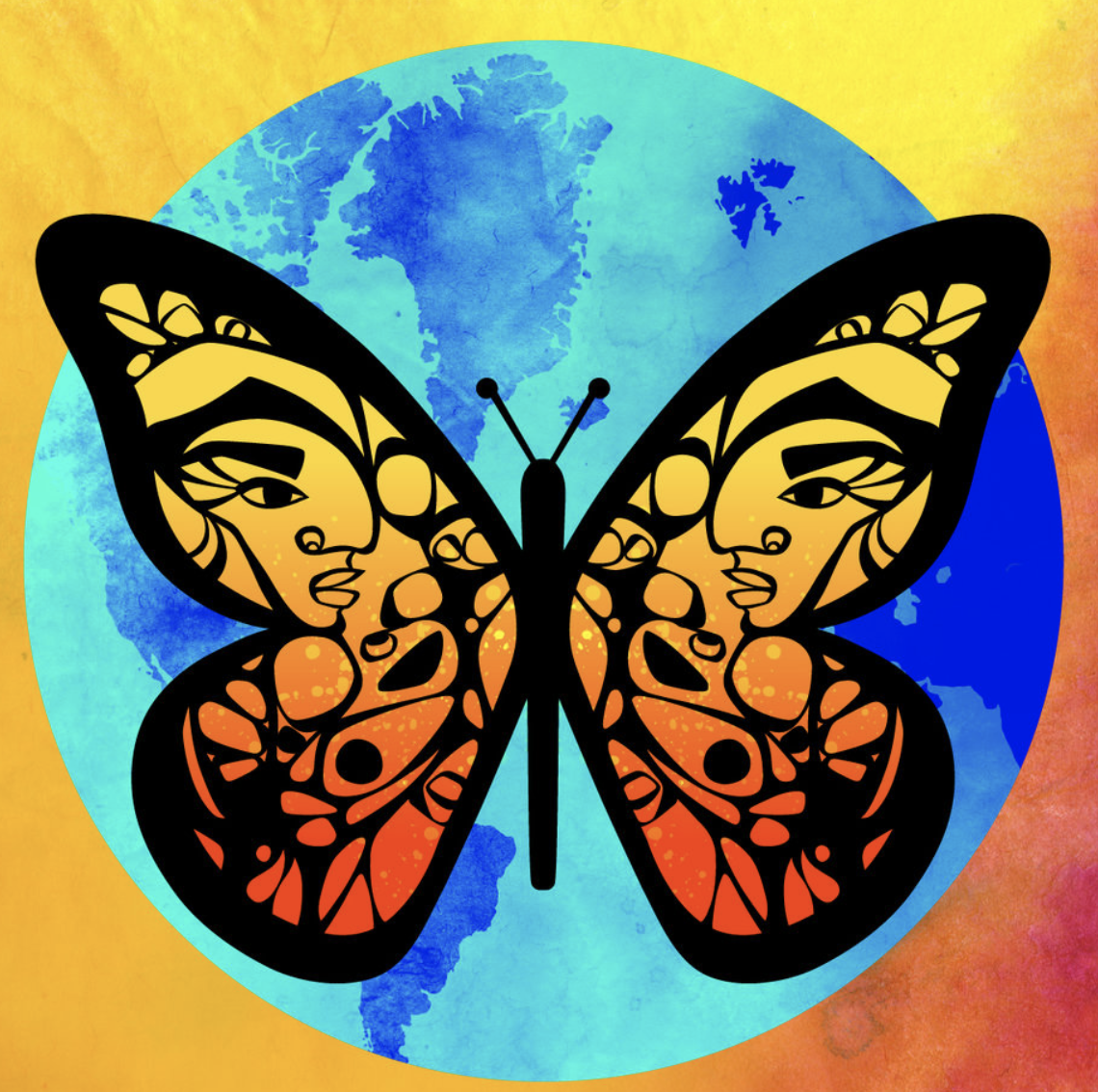 The first annual Summit of the Corridors of Justice for Labor Migration in the Americas took place this past Tuesday and Wednesday, bringing together leaders from across the fields of labor, migration, and human rights. The Summit represented the perspectives from over 10 countries, including El Salvador, Mexico, Costa Rica, Chile, Colombia, Guatemala, the United States, Canada, Nicaragua, Honduras, and Spain. Prior to the pandemic, the Summit was intended to be an in-person gathering in April with the objective of understanding the experiences of workers, academics, labor rights advocates, union leaders, and civil society so as to promote a unified front against migrant worker injustices. The online forum allowed for more people from around the world to get involved – over 6,000 people were reached through radio and social media channels. “Today we’re beginning to build worker power across migration corridors and growing our strength to transform migration policy and confront corporations that take advantage of immigration laws to exploit workers’ labor,” said JJ Rosenbaum Executive director of GLJ-ILRF.

“All these corridors are full of hope – but we cannot forget that these corridors are also so full of abuses, violations, extortions and kidnapping,” said Pablo Alvarado, Co-Executive Director of the National Day Laborers Organizing Network (NDLON).

The two day event consisted of five panels, each featuring prominent labor rights leaders from across the Americas and Europe. While day one centered on activism, action, and reform initiated by workers and advocates, day two dug into the risks and vulnerabilities faced across migration corridors.

The first panel of Summit focused on Migrant Worker Rights and How They Organize, primarily centered on activism in Mexico, Guatemala, Costa Rica, and El Salvador, and was moderated by Liduvina Magarin, from Centro de Integración para Migrantes Trabajadoras y Trabajadores (CIMITR) in El Salvador.  Olivia Guzmán of Mexico’s Coalición de Trabajadoras y Trabajadores Migrantes Temporales Sinaloenses described the Coalition’s work establishing a worker center for pre-departure migrant workers heading to work in the US and Canada to promote just recruitment and hold US companies accountable. From the Guatemalan perspective, José Sicajau of Asociación de Guatemaltecos Unidos por Nuestros Derechos – (AGUND) depicted the experiences of migrant workers in Canada, highlighting how the Canadian government is not doing enough to protect workers rights and the advocacy efforts the group has pursued in both Canada and Guatemala. Touching on similar themes, Emanuel Delva of Centro de Derechos Laborales Sin Fronteras (CDL) in Costa Rica highlighted the importance of focusing on worker rights not only for those migrating to the US, but for those workers within Costa Rica. Furthermore, Juan Toledo of Alianza de Salvadoreños Retornados (ALSARE) discussed the importance of providing support to those who are deported.

The second panel, Academia and Participatory Action Research on Labor Migration, featured Maribel Torres and Yesenia Mata of La Colmena and María Figueroa of the Worker Institute at Cornell University. The moderator, Amparo Marroquín of Universidad Centroamericana in El Salvador, asked questions regarding the methods that researchers use, the impact of the coronavirus, and lessons that have been learned. The panelists discussed both the difficulty that labor migrants faced during the pandemic and their own difficulties collecting data. Earlier this year, the panelists authored a report about the Latinx Immigrant Workforce’s contribution to Staten Island’s economy before and after the pandemic. A major takeaway that María Figueroa shared was that Staten Island and La Colmena is a microcosm of the US and that future research should explore the contributions of the Latinx community and the organizations that support them.

In the final panel of day one, Viridiana Vidal of NDLON moderated a discussion on Popular Education, New Narratives and Communications, which underscored the importance of using alternative types of media to present valuable information to migrant workers and immigrant families. Manuel Vicente of Radio Jornalera, a US-based radio station, expressed how since the station started up in May 2019, it has provided people with a platform and a structure to communicate essential information to communities not always targeted by the mainstream media. Lucila Rodríguez of Fundación Por Causa in Spain discussed how narratives of migration have been used as scare tactics since 2001, and that this has resulted in human rights problems in the West. From the Chilean perspective, Lorena Zambrano  of Asamblea Migrante y Pro Migrante de Tarapacá (AMPRO) described how Chile portrays a national image of copper and tourism, but does not provide enough attention to the role of migrants within its borders. To close, Marlon Portillo of NDLON gave an overview of the role of popular education, and emphasized the role it plays in helping people “understand, organize, and transform” structures.

To begin the second day, a panel on Labor Supply Chain: Recruitment and Conditions of Temporary Migrant Workers was moderated by Jacob Horwitz of GLJ-ILRF.  Paulina Montes de Oca of ProDESC in Mexico who described the illegal practices of recruitment agencies in Mexico and ProDESC’s work to hold both US companies and Mexican authorities accountable. Leticia Beita of Canada’s Red de Apoyo a Trabajadoras Y Trabajadores Agrícolas de Quebec – RATTMAQ highlighted how although Canada provides more benefits for workers in other countries, employers take advantage of the lack of awareness among workers, which leads to labor violations.  Vinicio Sandoval of Grupo de Monitoreo Independiente de El Salvador – GMIES gave an overview of the importance of understanding migrant labor within Central America, and how protections can be better enforced through international conventions. Saray Lopez, General Secretary of Sindicato de Trabajadores de la Industria de la Caña (SINTRAICA) in Costa Rica shared of how over 1,000 Nicaraguan temporary migrant workers had joined her union and gone on strike to win a groundbreaking collective bargaining agreement at a Costa Rican sugar cane refinery, lifting up a positive vision of temporary labor migration with labor rights won through collective action.

Rut Mendez of CIMITRA moderated the second and final panel of the Summit, Migrant Worker Community in Double or Triple Risk in Labor Migration, which featured Pedro Gómez of Red Nacional de Jornaleros y Jornaleras Agrícolas, Hilda Chiquito from Asociación de Guatemaltecos Unidos por Nuestros Derechos, Francisco Bazo of Movimiento Acción Migrante, and Dennis Castillo from Instituto sobre Migración y Refugio LGBTIQ para Centroamérica. The panelists discussed the intersecting forms of oppression that migrant workers with multiple marginalized identities face. Hilda Chiquito, the first panelist to speak, shared the struggle that women face when leaving their family, especially during a pandemic. Pedro Gomez spoke about the difficulties and abuses he has faced while trying to maintain his indigenous customs and identity after moving from Sonora to Oaxaca, Mexico. Dennis Castillo highlighted the high rates of violence against LGBTQI people and the lack of support and protection for them, stressing that basic respect and visibility are still important ongoing struggles. The final speaker, Francisco Bazo, discussed structural racism and a need for a solidarity that transcends organizations, labor sectors, and borders. Improvement of labor migrant rights improves working conditions for everyone.

To close the summit, Fidelina Mena of CDLSINFOCR and Wendy Ponce of CIMITRA shared a joint statement containing a list of demands and commitments from the organizations and individuals in attendance. The statement touched on issues discussed throughout the summit and provided concrete steps for realizing a more equitable world not just for migrant workers, but for everyone. The joint statement is a living document and will continue to evolve along with the growing transnational labor and human rights movement that conceived it. Adelante!