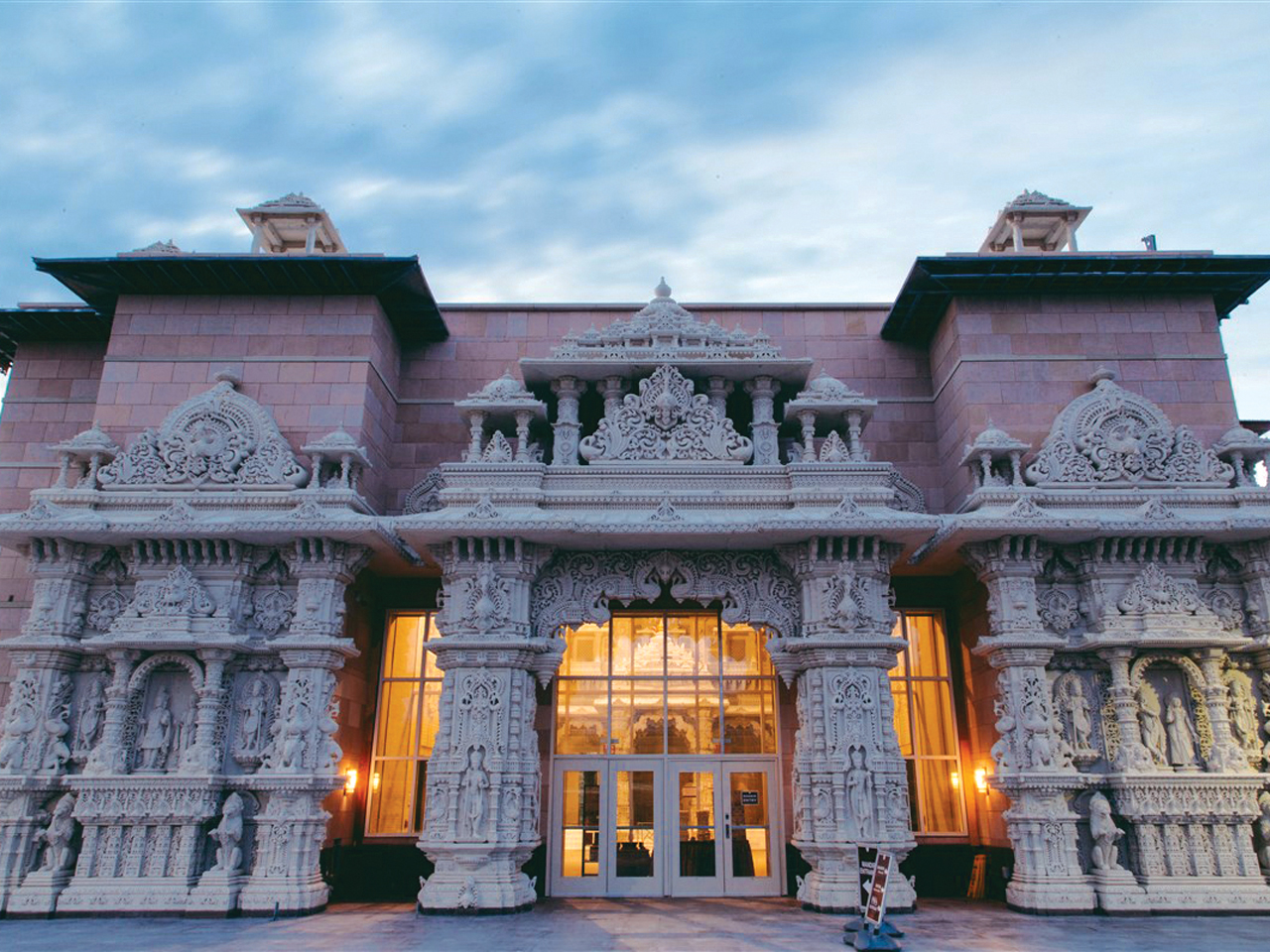 As social justice and cultural organizations in New Jersey, we express our solidarity with the stonemasons who faced exploitation and abuse at the Bochasanwasi Akshar Purushottam Swaminarayan Sanstha (BAPS) Temple in Robbinsville, New Jersey.

According to a federal lawsuit filed in May 2021, the workers shared that they were forced to work for 12.5 hours a day for seven days a week and that their hourly wages amounted to merely $1.20 per hour (or $450/month). For more than two years, they were kept in a fenced, guarded compound and were not allowed to speak to anyone outside the premises. The workers said that they were recruited falsely under religious worker visas and that their passports were confiscated when they came to the United States. The complaint also states that one worker died at the premises. While the cause of this worker’s death is still under investigation, many Indian stone workers face untimely deaths due to pervasive silicosis, which is often the tragic result of failure to provide adequate safety protections to workers in the temple construction industry.

It is vital to understand that the majority of these exploited workers are of Dalit-Bahujan background. According to the federal complaint, temple leadership furthered caste oppression by abusing the workers, including calling them “worms.” They also claimed that these workers were conducting “seva” a Hindu term for volunteering, and thus should not seek restitution. Some workers who last year found the courage to raise concerns about their treatment were sent back to India, where they are reportedly facing harassment from BAPS representatives, who are now pressuring them to identify as religious volunteers rather than workers.

All workers deserve safe worksites, fair wages, and humane work conditions. We express our solidarity with the stonemasons in New Jersey and in India. We stand ready to provide support in the form of culturally relevant and appropriate services, linguistic access, mental health resources, and a community of care.

In addition, we call upon federal and state authorities to fully investigate the allegations of the workers against the BAPS temple and provide the workers meaningful protections during the course of those investigations. At a minimum, the workers should be compensated for their stolen wages and provided immediate medical care.

We ask Hindu organizations and temples to raise their voices publicly in support of these and all temple workers. And, we call upon all communities and allies to join us in expressing solidarity for the workers.