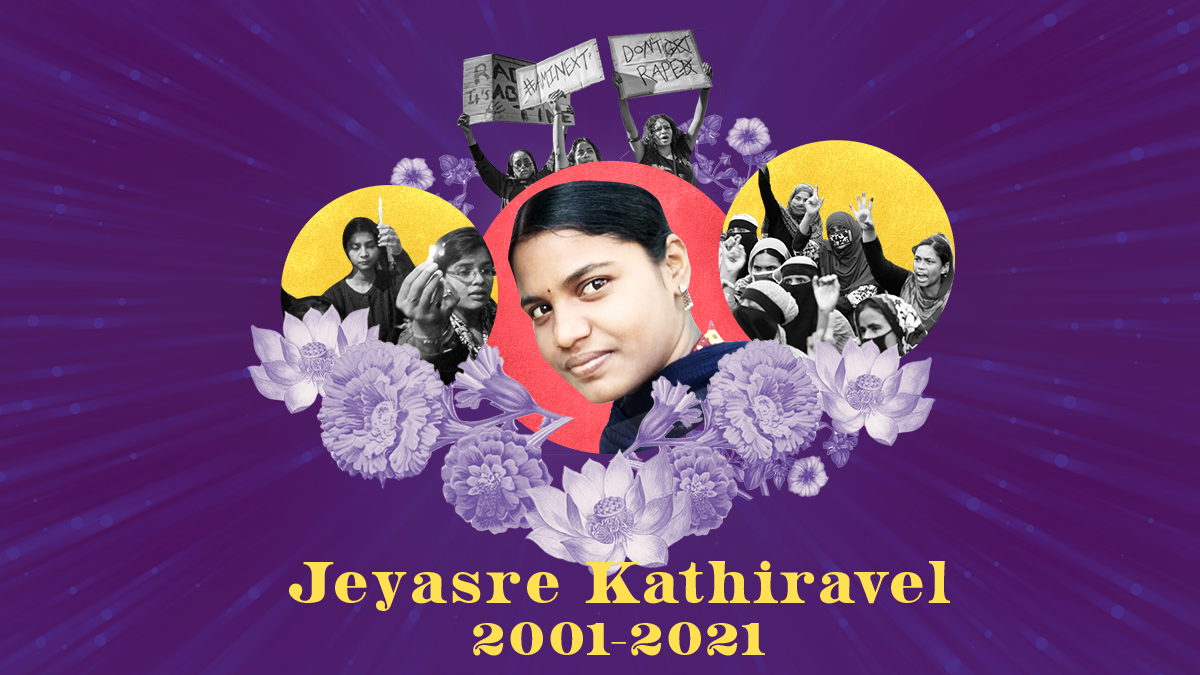 One Year On, We Remember Garment Worker Leader Jeyasre Kathiravel as We Push for Groundbreaking Agreement to Prevent Gender Based Violence

The following is a statement from GLJ-ILRF, Asia Floor Wage Alliance and the Tamil Nadu Textile and Common Labour Union (TTCU):

This week marks the one-year anniversary of the horrific murder of Jeyasre Kathiravel, a young Indian Dalit woman, a student and an organizer against gender-based violence and harassment at a large Indian garment manufacturer sourcing to major U.S. and European fashion brands. Jeyasre was murdered by her supervisor after facing months of sexual harassment.

On this painful anniversary we stand with Jeyasre’s family, her loved ones, and all of her fellow union members of TTCU, as we honor her life by steadfastly working to transform her former factory into a space free of gender-based violence, harassment and discrimination based on caste or status as migrants.

The push for change at Jeyasre’s supplier has advanced significantly. This has been possible in part because of the massive outpouring of solidarity including from unions from over 30 countries, women’s rights organizations, Dalit rights organizations, retail workers, models, immigrant rights advocates, and so many more who met with members of the campaign and committed to support the push for structural changes in the fashion supply chain.

We will announce the results of our negotiations at the end of this month.

We call on our friends and allies to honor the life of Jeyasre by continuing to stand in solidarity with her and her fellow garment workers who are organizing for an end to gender-based violence and harassment not only in Tamil Nadu but across fashion supply chains globally.