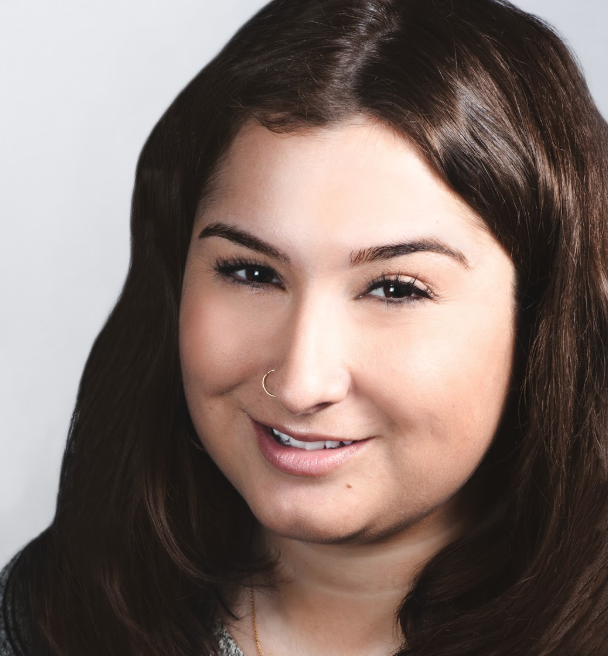 Nazly is a Persian-Venezuelan organizer and visionary campaigns and communications strategist who has been working in various communities to center and uplift the experiences of marginalized communities throughout the US, Latin America, and the Middle East for more than ten years. She began her career organizing women garment workers in maquiladoras against sexual abuse & exploitation along the US/Mexico border and has since worked on numerous campaigns centered at the intersection of gender based justice and labor rights.

As the creator and founder of La Feminista Descolonial, a Spanish-language intersectional feminista platform, Nazly facilitates dialogue online in various Spanish speaking communities globally from an anti capitalist, anti racist, anti oppressive & decolonized perspective in order to spark activism offline. Determined to unapologetically exist and resist in the world, Nazly grounds her work in transformative practices that prioritize relationship building, healing justice, and building movements that are collaborative and sustainable in order to create a world in which the lives of Black and brown people are prioritized and our collective liberation is realized.

Nazly holds a B.A in International Relations from DePaul University and is fluent in Spanish, Farsi, Arabic & English. Nazly is also a classically trained violinist who has been performing domestically and internationally as a soloist and in various ensembles since she was ten years old. Her work has been featured in the Huffington Post, Latina Magazine, The Fader, Remezcla, INDIE Magazine and other digital platforms.