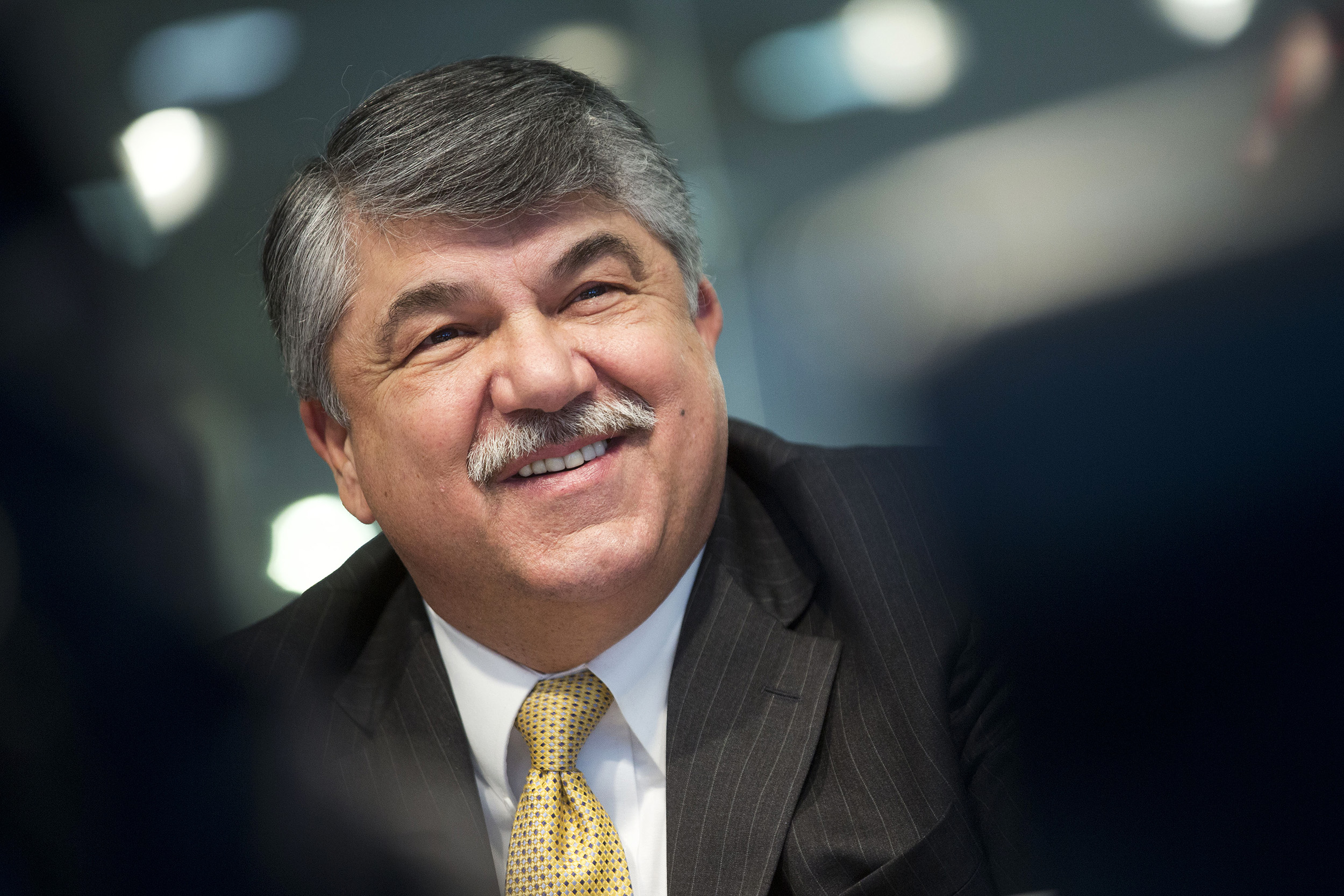 WASHINGTON DC — Global Labor Justice-International Labor Rights Forum (GLJ-IRLF), our staff, and our allied unions and community organizations around the globe mourn the loss of AFL-CIO President Richard Trumka.
As a third-generation miner and son of immigrant parents, President Trumka often publicly called on that experience as he defended important positions for working people and unions in the U.S. and around the world.

During his term as President of the United Mineworkers of America, he met South African miners challenging the South African Apartheid regime.  He helped organize the U.S. Shell Boycott in solidarity with them, later earning the 1990 Letelier-Moffitt Human Rights Award from the Institute for Policy Studies in recognition of these efforts. President Trumka also led the AFL-CIO in supporting the labor movements of Tunisia, Egypt, and Bahrain during the Arab Spring, recognizing the role that these trade unions played in challenging corporate power and government impunity and in ensuring meaningful worker protections in the 2018 U.S. Mexico Canada Trade Agreement (USMCA).

GLJ-ILRF Executive Director Jennifer Rosenbaum remembered, “In 2010, Rich welcomed and hosted the first Excluded Worker Congress meeting bringing together day laborers, domestic workers, guest workers, and global supply chain workers and their organizations.  The convening including workers from Asia, Central America, the Caribbean, and Africa along with Black workers from the U.S. South. Together we analyzed how multinational corporations and global capital pit countries and workers against each other and how this exacerbated existing structural oppression around issues of race, gender, and migration status. These conversations planted the seeds that led to the founding of Global Labor Justice. Under Rich’s leadership, the AFL-CIO affiliated the predominantly immigrant National Taxi Workers Alliance; entered into partnerships with workers’ centers; and deepened collaboration with U.S. and global partners on successful efforts to adopt the ILO Domestic Workers’ Convention (C189) and then the ILO Convention to End Gender-Based Violence and Harassment (C190).”

Much of President Trumka’s recent efforts focused on passing the Pro Act — legislation that would update labor law provisions so workers in the U.S. can effectively exercise the right to organize and collectively bargain. The Pro Act would strengthen the U.S. labor movement along with transnational labor efforts. We urge those in Congress to honor President Trumka’s memory through concrete action to pass the Pro Act. President Trumka’s recent leadership with the Biden Administration has also been critical in advancing a U.S. agenda that empowers unions and workers as a part of U.S. trade, development, and foreign policy.  This includes locating U.S. efforts in broader cooperation with the ILO and other multilateral efforts. President Trumka was clear that worker-centered policy must include workers around the world.”

We send our deepest condolences to his family and friends as we honor President Trumka’s powerful legacy—he fought hard battles and left the world a better place for unions and working people. We also send our solidarity to the leaders at the AFL-CIO who carry forward the work at this critical time.