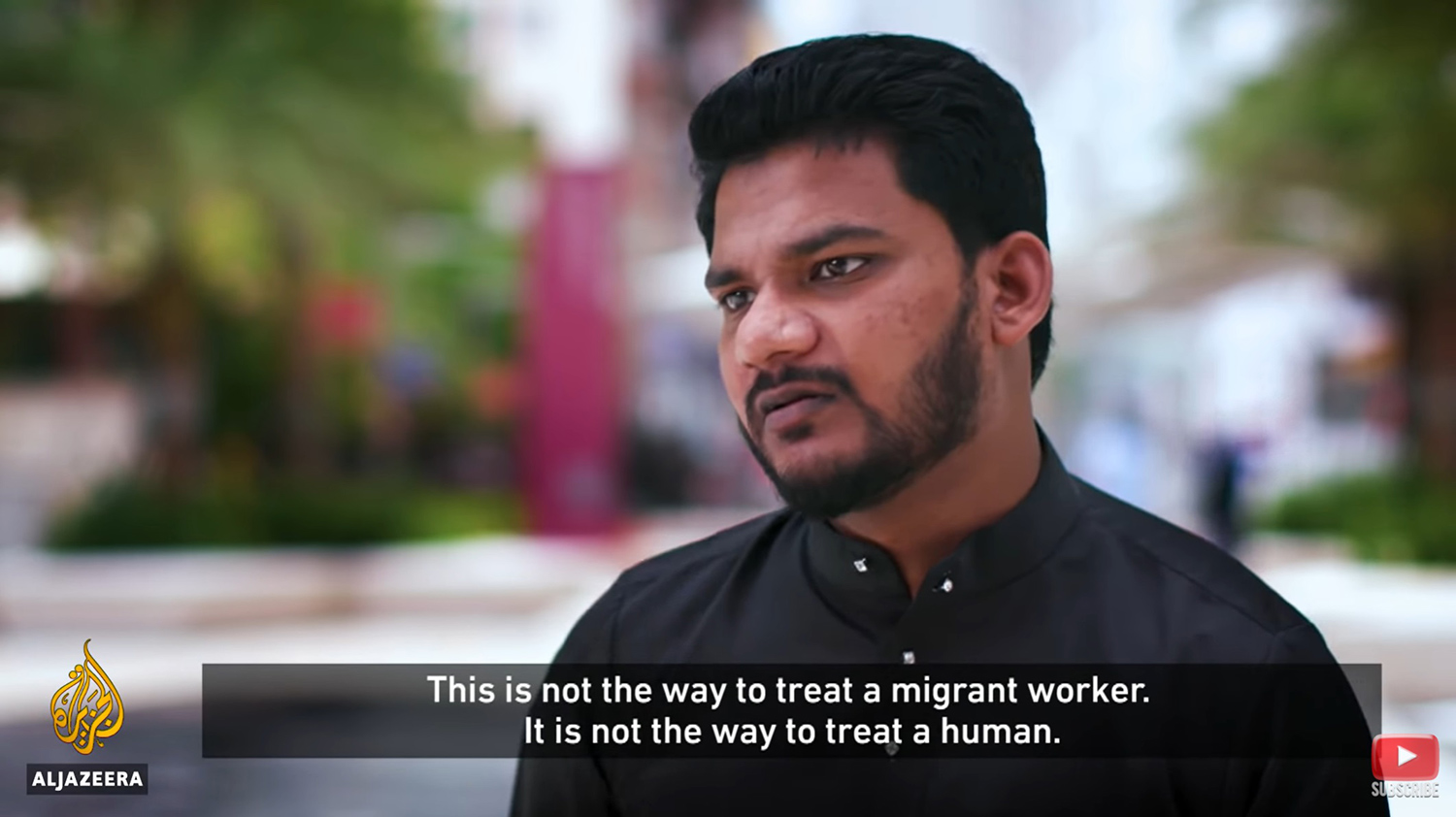 Early this week, Malaysian glove manufacturing giant Top Glove reported that a Nepali worker had died due to COVID-19 in one of its facilities in Klang District, site of an outbreak affecting over 5,000 mostly migrant workers. Another Nepali worker tried to sound the alarm to this outbreak last September by anonymously sharing photos that showed workers crowding into a Top Glove factory. That worker was immediately fired.

In Malaysia as well as other countries dependent on migrant workers for key industries, migrant worker exploitation is aided by a hostile civic space that clamps down on free speech and freedom of association. In these countries, migrant workers are often at the bottom of supply chains and left out of protections for basic freedoms by immigration regimes. Rising xenophobia in response to COVID-19 has also left migrant workers around the world under further attack from governments and their employers.

Bangladesh Migrant Workers Forum and GLJ-ILRF, along with Rayhan Kabir, today filed a submission to five UN special rapporteurs to seek action on the global patterns of arbitrary detention of non-citizens, and retaliation for the exercise of free speech. In the same submission, we highlight Malaysia’s immigration enforcement against Bangladeshi migrant worker Rayhan Kabir, who was detained, deported and blacklisted nearly five months ago for speaking in an Al Jazeera documentary against Malaysia’s arrest and deportation of migrant workers during the pandemic.

We are asking the Special Rapporteurs on freedom of opinion and expression, migrants, racism, human rights defenders, and health to: (1) issue communications to Malaysia about its immigration enforcement action against Rayhan Kabir amounting to violations of his freedom of expression and against arbitrary detention; (2) recommend that Malaysia reaffirms the rights of all noncitizens in the country, including migrant workers and refugees, to freedom of expression and against arbitrary detention; and (3) address general patterns and worldwide trend of arbitrary detention of non-citizens – and of retaliation for exercise of free speech by workers, including migrant workers and their defenders.

Malaysia’s detention of Kabir from July 24 to August 19, 2020 violates international standards protecting rights to freedom of expression and against arbitrary detention –  and was done against the backdrop of increasing xenophobia and hate speech against non-citizens, especially against Rohingya refugees and migrant workers. The case also highlights the disturbing use of immigration detention to silence dissent.

Malaysia has repeatedly used immigration enforcement to repress migrant workers’ freedom of expression. In recent years, Malaysian officials have acknowledged to UN officials that migrant workers in Malaysia are “scared” to report rights violations due to fear of deportation. Malaysia’s current immigration regime facilitates this type of retaliation by imposing universal mandatory detention and deportation for non-citizens who violate the immigration law, regardless of fault or protected status. Use of immigration enforcement to retaliate against migrant workers for exercising their rights to freedom of expression, as in Kabir’s case, has a chilling effect on not only migrant workers’ speech, but also their freedom to associate in unions and workers’ organizations, an essential condition for decent work.

According to GLJ-ILRF Executive Director JJ Rosenbaum: “Especially during the COVID-19 pandemic, protecting the rights of non-citizens is critical for protecting their right to health. Freedom of expression is a prerequisite for free flows of information between government actors and non-citizens that are essential for providing health care and collecting public health data. All non-citizens must be protected in their exercise of freedom of expression, regardless of migration status, consistent with their fundamental human rights and in the interest of public health. We urge the UN special rapporteurs to urgently bring our concerns to the Malaysian government, especially in view of the current COVID-19 outbreak affecting mostly migrant workers.”