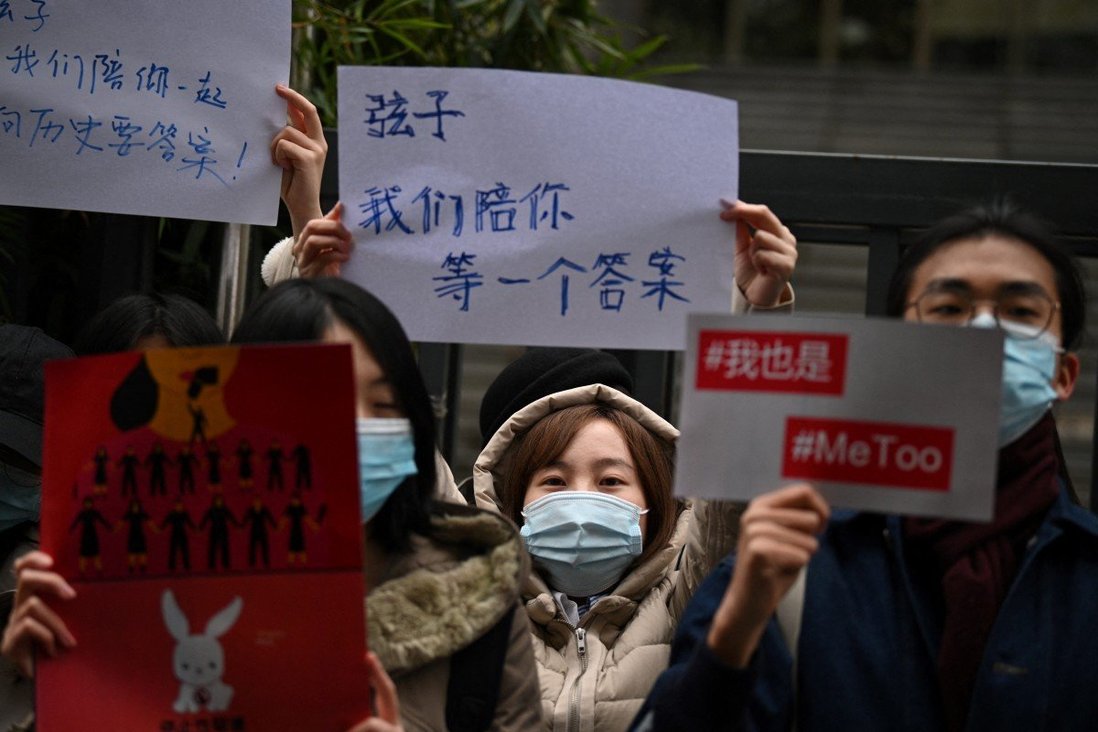 Are Countries Fulfilling the Promise of ILO Convention 190? The Case of Sexual Harassment Law and Practice in China

On this day in 2019, labor, feminist, and human rights allies celebrated the International Labour Organization’s (ILO) adoption of the Violence and Harassment Convention (No. 190)—a landmark international standard calling upon Member States to adopt measures to prevent and eliminate workplace violence and harassment, particularly workplace gender-based violence and harassment (GBVH). While this legal standard was being negotiated, women across the globe spoke out against sexual violence and harassment at work in unprecedented numbers, linking their individual victimization to the collective experience of persistent GBVH in their workplaces and society simultaneously brought to the forefront by the #MeToo movement.

Zhou Xiaoxuan (or Xianzi) is one of the millions who spoke out. In 2014, Xianzi was sexually harassed by a famous television host during a college internship at China Central Television. When she reported the incident to the police, they persuaded her not to pursue the claim, implying it would harm both her parents’ career and Xianzi’s reputation. Four years later, inspired by other women sharing their stories, Xianzi posted her account of the incident online. Instead of receiving an apology, in 2018, Xianzi was sued for defamation. When she counter-sued for sexual harassment, the court rejected her claim. Further hearings were scheduled in May but were abruptly adjourned without explanation. This high-profile legal battle has also galvanized considerable public interest, especially from a growing feminist movement and young Chinese women—some of whom demonstrated outside the courthouse on the day of Xianzi’s hearing. Experts believe that this public attention has made the Chinese government very cautious in handling the case, explaining the long delays.

Two years after the adoption of Convention 190, what progress have Member States made in complying with its mandates? Six countries have ratified the Convention, giving it legal effect in their domestic system, including Namibia, Argentina, and Somalia. Robust ratification campaigns are ongoing in places like South Africa and Zambia, supported by diverse groups like the ITUC and IDWF, and more than ten countries have signaled their intention to ratify. Through powerful campaigns like the Global Fight for 15 at McDonald’s, IUF’s Global Campaign against sexual harassment at Marriott, and Justice for Jeyasre, women workers and their unions are not waiting for ratification, but directly engaging with brands and employers to eliminate GBVH from their workplaces. And, in other countries, Convention 190 has inspired a national conversation about the gaps in existing laws and power-based barriers to access to justice.

A new report by Global Labor Justice – International Labor Rights Forum (GLJ-ILRF) and NYU’s U.S.-Asia Law Institute examines the case of China, evaluating how its domestic laws and practices stack up against the international standard. On the one hand, during the negotiations, China endorsed the adoption of a binding legal instrument (rather than a non-binding resolution) and the Convention’s mission of promoting a “zero tolerance” environment towards GBVH. While it has not yet ratified the Convention, China did introduce a new legal provision in 2020 that explicitly created liability for perpetrators of sexual harassment and obligated employers to adopt measures to investigate, prevent, and stop sexual harassment in the workplace.

But as Xianzi’s case demonstrates, sexual harassment persists in Chinese workplaces and victims face real challenges in asserting their rights. Chinese media coverage of sexual harassment complaints remains limited, and government authorities clamped down further on such reporting after the #MeToo movement began gaining some traction. In order to better understand the types of GBVH occurring in the Chinese workplace and how those incidents are handled, the report reviews over 100 civil case judgments from a database of Chinese court decisions.

The cases revealed a wide range of GBVH in the Chinese workplace, including making lewd comments and jokes, sending harassing messages, unwelcome touching, inviting subordinates to have sex, and forcing an employee to watch pornography. However, very few GBVH victims sought redress through the Chinese courts. Most cases involved alleged harassers suing their employer to challenge their termination—a positive indication that some employers take GBVH complaints seriously. Further, those few victims who did sue rarely prevailed because of the high burden of proof on plaintiffs and the requirement that the victim’s oral testimony must be corroborated by physical evidence. Even those who “won” were awarded either no damages or only a paltry sum. Instead, victims who complained often faced retaliation by the employer or, like Xianzi, a defamation lawsuit by the harasser.

Recognizing some of these challenges, China—like Uruguay, Denmark, and others—keeps moving towards harmonizing its domestic law and practice with Convention 190’s mandates. Three months ago, the municipality of Shenzhen issued a detailed guideline that further defines sexual harassment, specifies the policies and procedures that employers should implement, prescribes penalties for harassers, and ban retaliation.

The report encourages China to continue down this path. Based on the empirical research performed, the report offers concrete recommendations to the Chinese government, employers, workers’ organizations, and global brands to, for instance, make the legal definition of prohibited conduct coextensive with Convention 190; establish clear liability and penalties for employers; strengthen government monitoring and enforcement; and prohibit retaliation. Our intention is that this report serves as a resource to these actors in promoting compliance with the text and spirit of Convention 190.